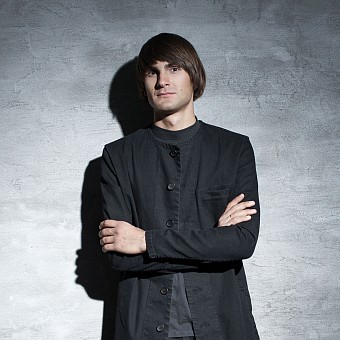 In this concert programme I will be performing piano music written in the early 20th century by the legendary Russian composer and pianist Alexander Scriabin. He has been the biggest influence on my music from the moment of eleven-year-old me discovering in the Emīls Dārziņš Music Secondary school library a vinyl recording of his music from 1910 which showcases Scriabin performing his own fiery and outstandingly poetic music with his electric technique and breezy phrasing.
For most of his short life, Scriabin wrote breathtakingly melodic and emotionally saturated music characteristic of late Romanticism, yet towards the end of his life he moved on to expand the horizons of his signature style to include unique, first-of-its-kind atonal composition system that makes him one of the most important innovators in the history of music. But creating a new musical style was never his end goal – he only dreamed of creating music that would transform the whole humanity into astral creatures.
This programme will consist of both large-scale pieces and the shortest miniatures. Around half of it will be dedicated to Alexander Scriabin’s romantic and dazzling music, while the other half – to what came after this romanticism as the composer discovered new sonic galaxies.
It is worth mentioning that Alexander Scriabin is not considered a true modernist in the eyes of Western Europe as he did not try to do away with, deconstruct or tear down the pre-existing traits of classical and romantic music – the traditional form, arrangement of harmonies, melody and emotion. But he did add his own original harmonic language and texture, creating music that really sounds nothing like what existed before it, nor anything that came after. It is a sonic art that, through synthesizing the best elements of the past and future, has created something truly new and unique. And that is the kind of art that I find the most valuable.